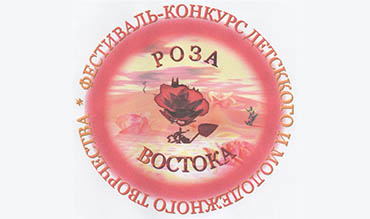 Students of the Kazakh National Academy of Choreography won three victories at the International Festival-Сompetition of Сhildren’s and Youth creativity “Rose of the East” in the nomination “Сhoreography”.

According to the results of the online competition, Sultanbek Gumar won the Grand Prix with the stage “Apres moi “(staged by K. Zverevoy). The honorary first place was taken by the 1st year student Smagulova Akkanat with the composition “Tumarym” (staged by A. Shamshiev). Aidarkhankyzy Inkar was awarded the honorary third place with the choreography “Zhetisuym” (staged by A. Sadykova).

The International Festival-competition of Children and Youth`s creativity “Rose of the East” is held annually in Tashkent in order to spread the idea of spiritual unity, friendship of peoples, interethnic harmony and to identify young talents. 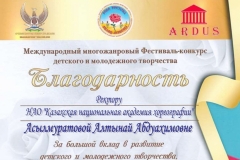 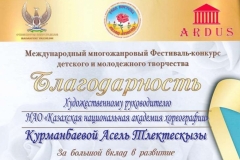 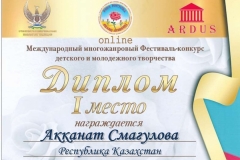 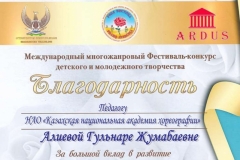 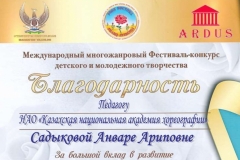 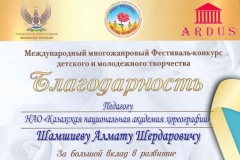 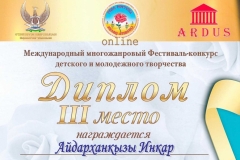 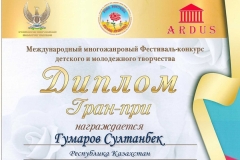 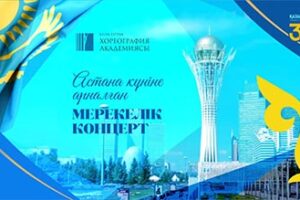 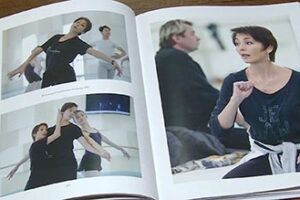 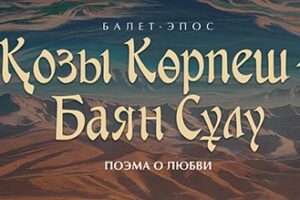